For generations blind people, many of them cataract blind, who are poor and live in remote un-served areas had nowhere to go for treatment. In order to serve these people in the remote Khotang hill district of Sagarmatha Zone, SCEH established a Primary Eye Care Centre (PECC) in the district hospital of Diktel in 2004. One Ophthalmic Assistant along with a trained local Eye Health Worker provides outpatient services to the patients through the PECC throughout the year.

In 2010, the annual Surgical Eye Camp was organized from 5th to 8th April. During these four days, Dr. Lila Raj Puri & Dr. Ute Wiehler, ophthal-mologists of SCEH, and a team of 2 SCEH staff & 2 PECC staff examined and treated 910 patients, out of whom 452 were female, 373 male and 85 were children.
169 operations were performed free of cost. Among these, 125 were on cataract, using small incision cataract surgical technique (Fishhook Technique) with implantation of an intra ocular lens.

Operated patients stayed for one night, after which they were examined and discharged with instructions for postoperative care.

The camp was very much successful thanks to the good co-operation with the local community and help from local NNJS, general hospital, youth clubs and social groups supplying volunteers. These volunteers assisted in organizing, locating and managing patients as well as other provisions such as shelter and bedding for patients before and after surgery.

Agam Bahadur Bhujel, bilaterally cataract blind, was brought on a stretcher. After successful surgery he walked home on his own. 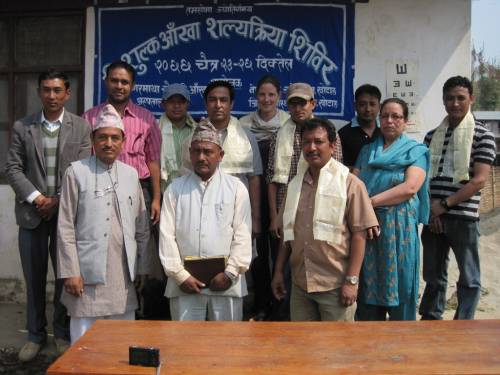 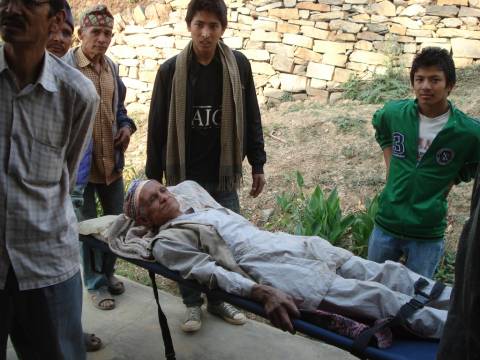 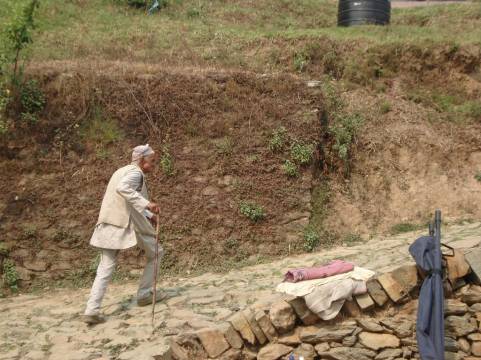